10 Regional Beef Sandwiches You Have to Try 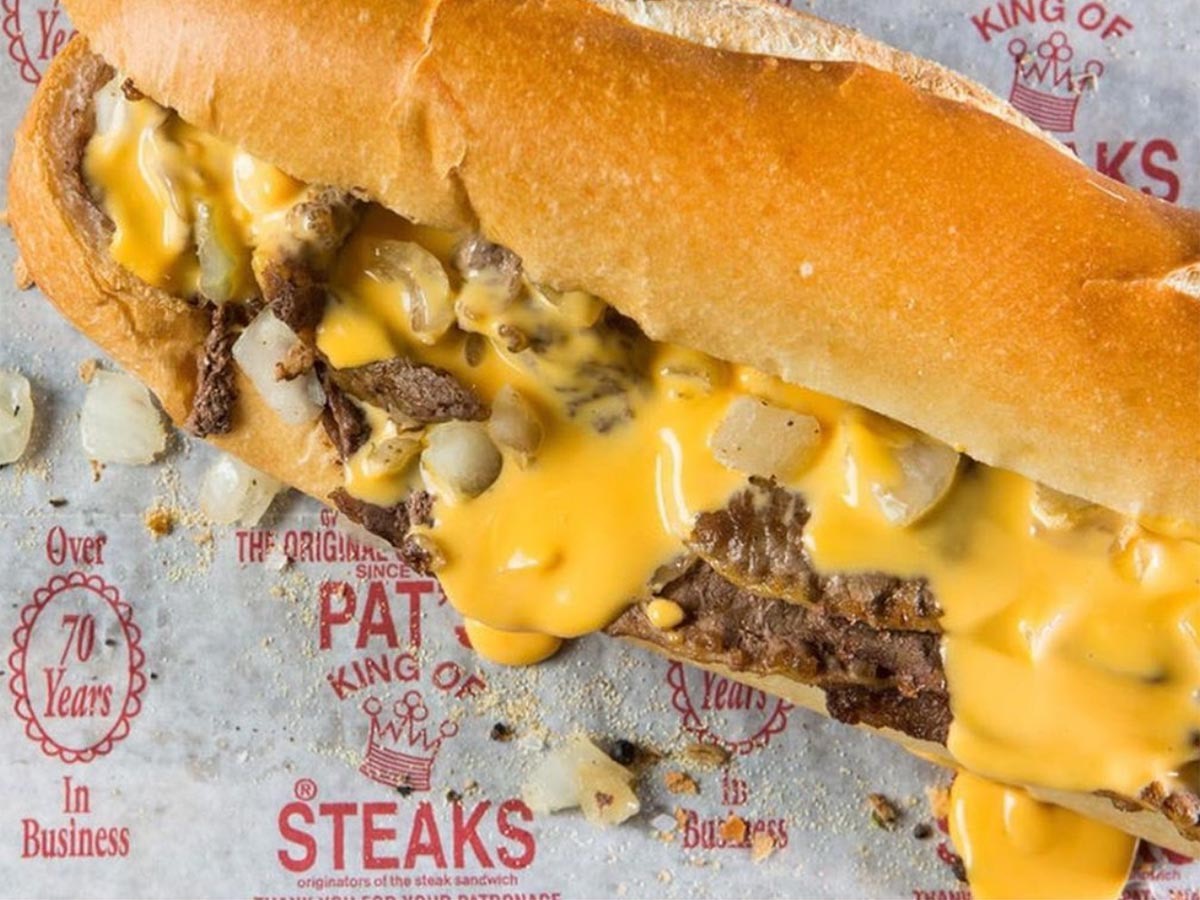 The best thing since sliced bread? Adding beef and making a tasty sandwich. Different regions and cities in the U.S. have their own takes on beef handhelds, whether that’s using roast beef for a French dip, curing beef for a pastrami on rye, or using ground beef for a horseshoe. Add these 10 versions to your culinary bucket list (you have one of those, right?) and explore all the ways you can enjoy a beef sammie. Where to find it: Chicago

Where to try it: Johnnie’s Beef, Elmwood Park, IL

If you’re obsessed with The Bear (if you’re not, we’ll assume you just haven’t watched it yet), you know this one. The show’s signature dish features thinly sliced roast beef that’s taken a bath in some beefy jus then is tucked into a roll. Ordering one is an art form, so here’s the lingo: get it “hot” with giardiniera, “sweet” with roasted peppers, “dry” with the jus shaken off, “wet” with extra jus, and “dipped,” in which the entire sandwich is dunked in the jus, rendering the whole thing a completely delicious mess. Where to find it: Buffalo/Western New York

Restaurant to try it: Charlie the Butcher’s Kitchen, Williamsville, NY

This Buffalo-area delicacy gets its name from its two key components: the “beef,” which is thinly sliced rare roast beef, and the “weck,” which is the roll. Why’s it called that? Well, it’s short for “kummelweck,” which means it’s crusted with caraway seeds and salt, and it’s so tasty it’s surprising we don’t use it for other things (burger on weck, anyone?). The finishing touch is a zippy horseradish sauce. Where to find it: Los Angeles

Is there anything better than a dip? When you add beef to it, of course. This classic sando, which was invented in Los Angeles, features roast beef layered onto a French roll. Sometimes you’ll see onions or cheese too, but the key accompaniment is the dip. It’s a dish of au jus that comes alongside so you can dunk the sandwich to your heart’s content, amping up the beefy flavor with each bite.

Where to find it: Philadelphia

Restaurant to try it: Pat’s King of Steaks, Philadelphia, PA

The City of Brotherly Love has granted us this beauty, which embraces the spirit of you-do-you. It starts with the most important part — thinly sliced steak that’s browned on a griddle — but then you can customize it however you want. Cheese? American, provolone, and Cheez Whiz are most common. Onions for an extra bite? Mushrooms? Peppers? This sandwich just wants you to be happy. Where to find it: Baltimore

Baltimore’s entry into the beef sandwich canon is this hearty offering, which is made with a top round that’s grilled over charcoal, then thinly sliced and arranged on a Kaiser roll. Your condiment options amp up the piquancy — you’ll often see sliced raw onions, horseradish sauce, and a barbecue sauce on offer. But for the best complement to the rare beef — and the most awesome name — order it with “tiger sauce,” a creamy mix of horseradish and mayo. Where to find it: New Orleans

From king cakes to red beans and rice, NOLA is an epic city to eat in. But no food helps you keep the good times rolling quite like the po’ boy, which typically comes in two sizes: big and bigger. Refuel during a day exploring the city with a roast beef po’ boy. Made with tender slices of chuck roast, the sandwich comes on French bread with lettuce, tomatoes, pickles and loads of meaty gravy. Where to find it: Springfield, IL

Decidedly a knife and fork venture, this open-faced sandwich starts with two slices of Texas toast for the base. Two hamburger patties join the party next, which are followed by a teeming mound of French fries (why have we only been eating them as sides again?). A cheesy sauce drizzled over the top brings it all together. The quirky name comes from the shape of a slice of ham that was the original meat on this sammie, but beef patties eventually edged it out to become the dominant version (sorry, ham!). Where to find it: New York City

A staple dish of Jewish delicatessens, this behemoth is often large enough to split with a friend (or at least give you leftovers for later). Made with slices of cured beef encrusted with spices, the meat is folded onto soft slices of rye that are spread with spicy brown mustard. Though New York is most associated with the sandwich, Los Angeles also does a pretty spectacular job with pastrami as well (try it at Langer’s Delicatessen-Restaurant if you’re out west). Where to find it: Nebraska

Restaurant to try it: Runza restaurants

A cult-favorite snack in Nebraska, the runza is a portable stuffed sandwich that’s kind of like a Hot Pocket (just beefier and better). It has its roots in the Russian pirog, and over the years, European immigrants to the region made it their own, turning it into a rectangular roll filled with a mixture of ground beef, spices, onions, and cabbage. It’s most famously found at the namesake Runza restaurant chain, where you can try a classic, or go wild by adding bacon, lettuce, and tomato, or Swiss cheese and mushrooms. Where to find it: Midwest

Don’t confuse this with the cafeteria classic sloppy joe — the loose meat sandwich consists of ground beef mixed with sauteed onions and served on a bun. There’s no tomatoey sauce binding it together, but you can get it topped with cheese, pickles, ketchup, or mustard. You’ll find it all over the Midwest, at casual chains like Maid-Rite, as well as spots like TriBecca’s Sandwich Shop, where the MaidWrong features ground beef mixed with onions and mustard, then finish with Muenster, sweet-and-sour onions, and steak sauce aioli.